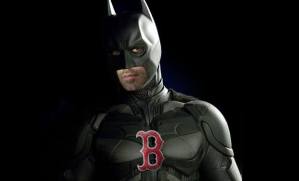 Imagine our surprise when We Got Issues received a notice from the League of Marginal Comic Bloggers saying we would lose our membership if we did not comment on Ben Affleck staring as Batman in the next DC movie. We’re still going to be on warning as it is just for the fact that all of WGI resides in Boston and took this long to react.

In reality, I have no real opinion either way and barely had an “eh” come out of me when I first heard the news. Batman movies will continue to be made even if they put the cape and cowl on Zach Galifianakis. So, to fill some space and get our obligations over with, here’s a (ahem) dream cast I’ve come up with regarding the upcoming Batman/Superman film, giving as little attention as possible to detail, logic, and actual facts of who is in the movie other than Affleck. Never too soon for a reboot these days.

No Matt Damon. too easy.